Buying a Dog - Step Four: Socialization and Dealing with Death

If you live somewhere where leash laws are strictly enforced ... 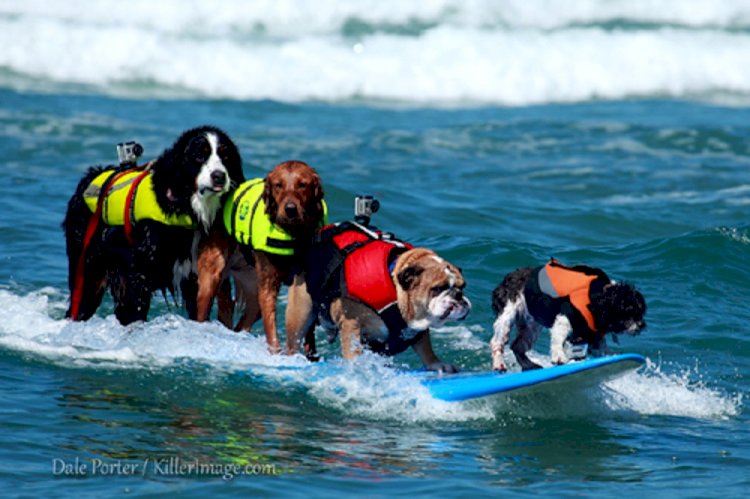 Socialization
If you live somewhere where leash laws are strictly enforced (or somewhere that lacks open areas where dogs can play unleashed with each other), you'll probably need to pay for dog day-care or a dog walker. Without this, your dog will likely form aggressive behaviours toward other dogs, which can be very dangerous. Dogs are inherently social and isolating them can be very damaging.


Allow your dog to be social
Socialize your dog early on. By exposing your dog to various people and environments - not to mention other dogs - it will become a more stable, happy, and confident animal. Be sure to continue socialization beyond the puppy years. Socialization reduces the likelihood that your dog could become fearful or aggressive toward other people and animals.


Training Dogs around Children
It can be very hard to train a dog if you have young children. Our dog was extremely well-behaved around food before we had our son, but now he'll steal food from plates near the floor. Getting this under control with a baby that throws food as a sport is challenging.


Dealing with Death
As sad as it is, your dog will die and you'll probably be the one to decide when that will be. You'll also probably be there during the final moments. I've had nightmares about this myself. I prefer the terminology of "adopting a dog" to "buying a dog" because this is more about family and love than it is about a possession. This is a lifetime - your dog's life - commitment and I know I didn't fully grasp what that meant until I had a dog of my own.

I think the theme of what I'm saying is, go into it expecting it to be hard. If you're ready for a challenge, you'll be far more prepared to deal with it and you'll be appreciative of the parts that go well.

Also, if you don't go into dog ownership prepared there are various behavioural problems you could create to the dog. Doing (at least) some basic research you'll notice that a common theme is that the owners - not the dogs - are typically the problem.


Are you physically able and willing?
Most dogs, especially when they're young, need to be walked-a lot-for a number of reasons: Walking helps them burn energy and stay healthy, it gives them lots of time to train on the leash, and it gives them vital exposure to other people, other pets, weird smells and sights, and unexpected noises. Are you willing and able to spend a lot of time walking?

I'm not at all suggesting that people who physically can't walk their dogs shouldn't have pets, but it's important that you consider how you're going to give your dog exercise and exposure. Also think about the energy levels of different animals-if you are someone who doesn't like exercising or being outside, don't get a breed of dog that is known for high energy.

Conversely, if you want to take your dog on lots of 10-mile hikes, make sure you get a dog that's able to do that kind of work.


Time Commitment
Puppies are about twenty times more difficult for the first 1-2 years than an adopted dog. If you don't spend the time, you'll pay in other ways (like lost shoes, noise complaints from neighbours, aggressive behaviour, and more). It will take multiple hours each day to train and exercise your puppy, but it will really pay off in the long run. You know those really cool dogs that happily wait outside of stores without a leash, or sit quietly at an outdoors restaurant even when other dogs are present? That didn't happen by accident.

Dogs take up a lot of time and energy. Yes, they are rewarding. But if you live alone and work twenty hours a day, then perhaps a dog is not the best choice for you. Hey, there are always those super-cool robot dogs.

If you are not often at home, and you really want a dog, you probably should invest in a dog walker. You'd probably be wise to choose a dog breed that isn't especially needy, too.

Pallas - the titan god of Warcraft!

The creation of the Milky Way in Greek and Roman Mythology!

Learn Everything about Every Breed!!!