Dog Psychology: Your Dog watches you and interprets your behavior

In other words, your dog is watching you respond to the world and is trying to interpret your behavior. 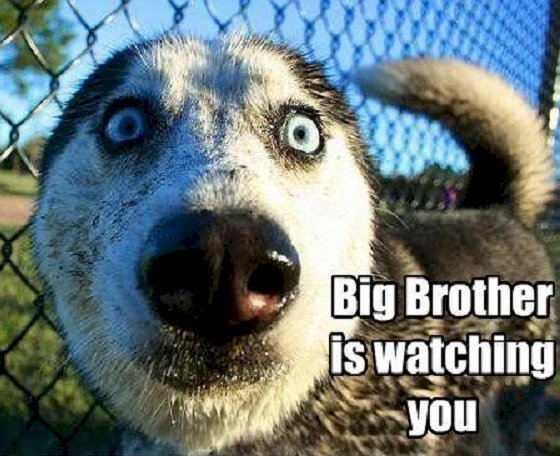 Sometimes it is the casual observation of everyday events that gives us a clue as to what is going on in a dog's mind. Have you ever noticed the situation where you walk into a room, or some unfamiliar place, and your dog seems to scan the environment and act unsure about what is going on there? Think back about this situation and try to recall what is it that your dog did next? You will probably recall that the next thing that your dog typically does in such situations is to turn his head to look at you.

A team of psychologists in the Faculty of Medicine at the University of Milan guided by Dr. Sarah Marshall-Pescini paid some attention to that behavior in dogs and noticed that this behavior was very similar to actions that psychologists observed in young human children. Technically it is called "social referencing", and it involves trying to use another person's perceptions and interpretation of the situation to help understand the situation better and to guide the child's future behaviors. This is very useful behavior in general since it allows people to avoid making costly errors that they might make if they blundered through a situation in a trial and error fashion.

There are actually two components to social referencing. In the first one the child looks directly at the caregiver or the person in authority, and then looks back at the item or the situation that they are concerned about. It is this alternate looking back and forth between face and situation that is actually a communication signal, and seems to be designed to get the caregiver's attention and to get them to focus on the object of concern. This is quite different from simply seeking reassurance which would not involve looking back and forth between the person and the worrisome situation. The second component of this process involves reading the behaviors and the emotional response of the caregiver and using it to guide the child's behavior. If a dog is acting in a similar fashion it would mean that if your pet is unsure about something that he has encountered, he will look back and forth between your face and the situation that is bothering him to get you to pay attention to it, and then try to read your positive or negative emotional response and use that information to help him decide what to do next.

To see if dogs are acting in the same way that young children do the researchers had to set up a situation which would arouse a mild degree of stress in a dog, just enough to cause a bit of worry and uncertainty, but not enough to generate real fear. The solution to this turned out to be very simple. They took a common oscillating fan and attached plastic streamers to it. With the fan turned on the streamers flapped in the air currents, and the sound of the motor and the snapping of the streamers as a moved back and forth provided an additional unusual stimulus that a dog might view as potentially something to worry about.

The first thing to determine is whether or not, as is the case in children, this social referencing occurs only when there is uncertainty. Thus dogs were brought into a room and were off leash while the experiment was explained to their owner. If the fan was not present to provide an ambiguous situation, the dogs tended to wander around the room and seldom glanced at their owners. It was only in the testing situation when the fan was on that the dog would take a few steps into the room and then 83% of them immediately looked at their owner and then back at the fan. They alternated their gaze back and forth and seemed to be looking for an interpretation of the strange object which they hoped would be provided by their owner.

Now that the dog is looking at its owner the question is whether our canine companion will effectively act on the basis of his owner's emotional response. At this point the experimenters had the owners simply deliver a verbal message in an appropriate tone of voice, such as "That is really ugly!" or "I don't like the look of that!" in the group conveying a negative response, or "Wow that's really pretty!" or "That is nice" in the group conveying a positive interpretation.

It turns out that the dogs are really very sensitive to a negative or cautious response from their owner. In the case where the owner expresses displeasure about the stimulus the dogs tend to pretty much freeze in space, then stop moving around and hold their place. This is very much the same sort of thing that human infants do when confronted by a negative message from a human caretaker. However in this instance the dogs do not seem to be as responsive when the verbal message is positive response. In this case the dogs did not change their behavior very much and still moved around the room a bit, acting as though they are still trying to interpret what is happening. It is almost as if they glanced at their owners and asked, "Should I worry about this?" and if the answer was "No" then the simply carried on with what they were doing before.

However, if the owner makes the positive or negative content of their message more explicit by using their whole body rather than just their voice the situation changes. If the owner approaches the worrisome object to show no fear, then the dogs also approach. If the owner then crouches down near the object the dog may even come over and touch it. However if the dog's owner moves away from the object that is worrying his pet as if he is also bothered by it, then the dog will move away with him and will not come anywhere near the object of his suspicion.

Taken together, this research suggests that dogs, like human infants, look to the significant humans in their life to help them interpret situations which might be ambiguous or problematic. They look at their human caretaker's face when they are worried, and seem to be searching for evidence that suggests that their human companion is also worried or cautious about the situation. If they find that negative emotion in their owner they respond by more or less freezing in place, which is a behavior that is apt to keep them out of trouble. However if the human's behavior is more overt, such as approaching or moving away from the worrisome object or situation, the dog clearly interprets this behavior and responds in a similar way.

The conclusion that we should come to from such research is that when our dogs are unsure as to what is going on then, just like human children, they look to us for an interpretation of whether things are good or bad. Furthermore, our dogs adjust their own behavior and emotional responses according to their interpretation of our emotional reaction. In other words, your dog is watching you respond to the world and is trying to interpret your behavior.

20 Unknown Ancient Greek Monsters and Creatures (Unknown to most peopl...

Dog Grooming and Hygiene: How to trim your dog's nails

Hecate – the goddess of Magic, Witchcraft, the Night, Moon, Ghosts and...

The Hesperides - the nymphs of the sunset!