This is the first article about dog training related stuff; hence, the introduction part. 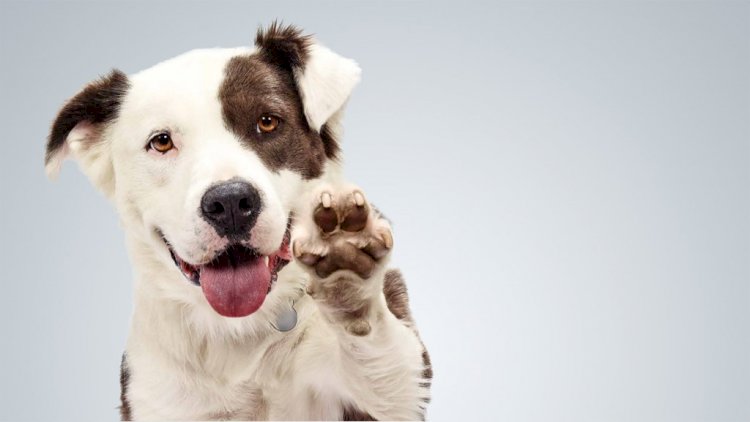 Life with a well-behaved dog has its rewards. You can trust him to respond reliably and quickly, plus you'll have a dog who's a joy to live with.

Why Training Is Important
Training is not cruel and unusual punishment. It actually enhances the relationship with your dog and enriches the bond you establish with him throughout the years. Once he understands what you expect of him, you will get along much better. During the training process, you'll learn to decipher his language and he'll figure out what it is you're trying to tell him.

Training takes practice, and the more time and effort you put into the process, the more you will get out of it. If this is your first dog - and even if it isn't - you may want to consider hiring a private trainer or think about signing up for a training class. Puppies usually start out in puppy kindergarten. After that you can join an obedience class for older puppies. Ask how many dogs are already signed up before committing to attending. Class size for puppies should be limited to eight to ten dog-and-handler teams per instructor. This ratio enables the instructor to give each team enough attention and time to respond to questions or special training circumstances.

During class your puppy will learn some basics, such as sit, come, down, stay, and how to walk nicely on a leash. These elementary lessons with an instructor and other class participants will teach you the fundamentals of dog training while benefiting from others' trials and tribulations.

Teaching your dog how to behave involves more than saying his name followed by giving him a command, followed by a little piece of food. Effective training involves interpreting canine body language, anticipating the dog's responses, timing the rewards, and varying the rewards to keep him motivated to act appropriately.


The Importance of Positive Training
Your dog will respond to your direction if you make it fun. Animal behaviorists believe that the old ways of punishments and harsh corrections may work once or twice, but they are often inhumane, and in the long run, ineffective. Your dog will not understand why you are angry with him, and you can't expect him to choose a different action the next time.

A year-long study by the University of Pennsylvania, ending in 2009 and published in the journal Applied Animal Behavior Science (Elsevier), showed that aggressive dogs who were trained with aggressive, confrontational, or aversive training techniques, such as being stared at, growled at, rolled onto their backs, or hit, continued their aggressive ways. Non-aversive training methods, such as exercise or rewards, were very successful in reducing or eliminating aggressive responses.

Positive training lets your dog know that you are pleased with him, and he will repeat that behavior the next time. Rewards can consist of food, toys, or petting. Depending on what your dog does, you can use one, two, or all three types of rewards. You can also use playtime and games as positive reinforcement. The idea is to reward him every time he does it right. But once he knows it, reward him with food, toys, or petting only some of the time (but always verbally praise him every time). This way he'll work hard to please you, hoping that he'll receive a reward.


How to Get Started
Begin teaching your dog good manners a few days after he's had a chance to settle into the household.


Keep Training Sessions Short
Keep your training lessons short-about 10 to 15 minutes at each session. You can repeat the session later on in the same day, but each one should be brief. Plan to engage in several training sessions a day because no puppy learns to do something perfectly in only one take.


Use Small Food Treats
It's a good idea to feed some small food treats as rewards for training. You can use soft commercial food treats sized for puppies, pieces of string cheese, or small pieces of cut-up hot dog that he can swallow right away. Avoid hard, crunchy treats because they take a while to chew. Give treats to your puppy immediately-within half a second of him completing the desired behavior. The faster you confirm the behavior you want, the easier it is for your puppy to understand what you're trying to teach him. When you give the reward, follow it up by saying "Good boy"!

Avoid the trap of handing out treats during a training session just because your puppy looks cute. He will work harder to please you if he knows that he's getting a reward than if he hasn't earned it. If he doesn't do something you like, don't yell or punish. Simply withhold the reward.


Say a Cue Word Only Once
Say a cue word, like "sit" or "down", only once. Dogs are smart, so they hear your command and can follow it the first time. Repeating the cue word multiple times doesn't help your pup sharpen his listening skills, and like a teenager, he'll tune you out.

Schedule Training Before Meals
Schedule your training session before your dog's regular meal. This way he may pay closer attention to the instructions so that he can earn a tasty bite.


Choose a Training Time With no Distractions
Choose a time for training when no one will interrupt you and you don't feel rushed. Turn your cell phone off and forget about answering the doorbell if it rings. This will give you quality time to devote to the training process.

For the first few sessions, pick a room in the house that's large enough to move around. When your dog figures out what you want him to do, take your training lessons outside, preferably to a fenced-in area, or keep him on a leash when you are in an unfenced area. Distractions will vie for your puppy's attention, so you'll need to become more interesting than the street noise, a fast-moving squirrel, or the scent of newly mowed grass.


Don't Train When Puppy's not in the Mood
Don't train your puppy when he's hot, tired, or in the middle of vigorous playtime. You want him energetic and eager for a training session.


Don't Get Angry With Your Puppy
If you ever become frustrated with your puppy, don't get angry with him. Just quietly end the session and try again later in the day. Some dogs have soft temperaments, and they become nervous and will stop paying attention to their trainers if they are yelled at. They can become scared of any training and decide that following directions is not for them. Stay calm and relaxed so that your puppy will learn in a positive environment.

The Charites – The story of the Three Graces!

The Constellations, the Zodiac and the Milky Way