In this article we talk about the dog category of Non Sporting Dogs (the uber lazy guys). 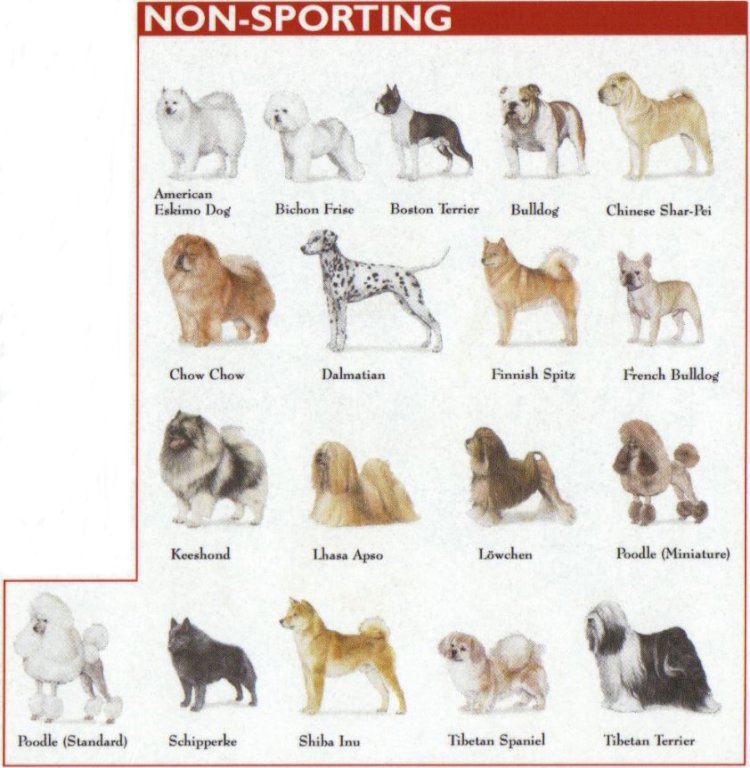 This is the catchall group for breeds that didn't seem to fit in elsewhere, from the cuddly Bichon Frise, a little too big to be considered a toy, to the striking Dalmatian and the stunning but difficult Chow Chow. Their individual skills, original purposes and temperaments are almost as varied as their origins. The poodle is by far the most popular of the non-sporting breeds.

The poodle's opposite may be the bulldog. The national symbol of England, known for its strength and determination, it has been out of work since bull-baiting went out of fashion in the late 19th century. It now serves only as a loving, albeit somewhat sedentary, companion.

Princess Creusa – the daughter of Priam and Hecuba and the wife of Aen...

Cassiopeia - the famous queen and mother of Andromeda!

Asteria – the titan goddess of the Stars, prophetic dreams and necroma...