It is so important to provide a dog with its own comfortable... 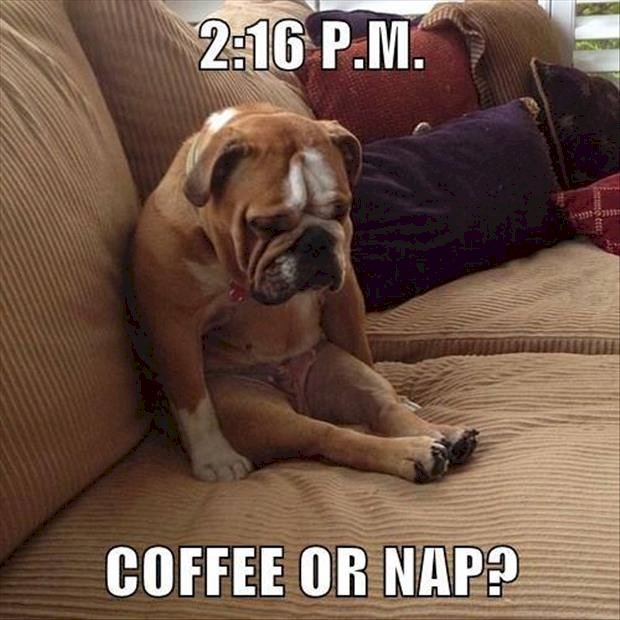 Clean drinking water, a high quality, nutritious diet and shelter from the elements are fundamental needs and essential to the dog's overall health and well-being.

Like us, dogs are social creatures. They need to spend the majority of their time in the company of others, whether of their own kind or of different species.

Many of the dogs that I am called in to work with spend far too many hours of their daily lives in lonely isolation.

If you have to regularly leave your dog alone for more than four hours per day, consider employing a dog-sitter or dog-walker, or ask a family member, neighbour or friend if they are able to spend some time with the dog while you are apart.

If you are considering getting a dog, please ensure that you either have the time to provide it with company for most of the day, or the means or money to employ someone else to keep it company.

Rules let the dog know what it mustn't do. Rules set behavioural limits and social boundaries. Rules are established through discipline, body language and daily rituals such as greetings and mealtimes. Rules constitute the dominant-subordinate dimension of the human-canine bond.

Leadership lets the dog know what it may do. Leadership provides the basis for social cooperation and interactive harmony.

Leadership constitutes the leader-follower dimension of the human-canine bond.

Many people associate the concept of leadership with dominance or social status, however it is neither of these things. What leadership is, is a person's ability to successfully direct and manage a dog (or dogs) for the mutual benefit of both parties. This requires appreciating and accepting a dog's individual temperament and needs, recognising what a dog is good at and setting it up for success, knowing how to get the best out of a dog by finding out what motivates it, and getting a dog to want to work for you.

As humans, we often feel that if we are not fussing and petting our dogs at every opportunity or buying them new toys each week, we are not giving them enough attention. However, a dog's idea of attention means being included in daily activities, being given social boundaries, leadership, regular playful interaction, and having its basic, physical needs recognised and catered for.

The dog in the picture to the right is helping me to hang the laundry on the line by passing me clothes pegs from a basket on the ground. Simply allowing a dog to be involved in mundane, daily activities is a great way to provide attention and affection (and leadership), and makes household chores so much more enjoyable for us humans too.

Love is ... companionship, respect, teamwork and trust, as well as affectionate fuss.

Affection constitutes the nurturance-dependence dimension of the human-canine bond.

Brisk walking or the 'dog-trot' is the ideal 'feel-good' exercise. Walking together is also an ideal opportunity to strengthen the human-canine bond whilst fulfilling the dog's need to travel and explore. The amount of time per day that many owners spend walking their dogs isn't sufficient to change or sustain a stressed dog's brain chemistry for the better ~ a 30-40 minute walk is generally the ideal for a fit and healthy dog's main, daily walk. A brisk walking pace provides near to the ideal level of physical exertion to cause the maximum release of 'feel-good' hormones. A faster pace requires increased physical effort, and if the sustained pace is too fast or hard it doesn't benefit the dog's neuroeconomy, which means that 20 minutes of fast running doesn't produce the long-term, sustainable feel-good factor of 30-40 minutes of dog-trotting. A dog's main form of exercise shouldn't be aimed at tiring the dog out so that it has no energy left to 'misbehave' ~ it should primarily be about changing the dog's mood for the better.

Whilst brisk walking helps to keep the dog's mind fit, more demanding forms of exercise such as swimming and agility help to keep the dog's body fit. Physical fitness is important to good health, however, hard or fast exercise does put the dog's body under varying degrees of physiological stress, and so it's important that following strenuous activities, a dog has plenty of time to rest and recover, for example, if a dog spends a couple of hours racing around an agility course one day (whilst at the same time having to deal with the intense social environment of an agility club), the following day should involve lots of rest and just a couple of short walks. Just bear in mind that the dog's muscles and joints will almost certainly be aching after a sustained bout of physically demanding exercise!

Some dogs have other ideas and still want to tear about instead of rest, but including some extra psychological exercise such as 20 minutes obedience work, or giving the dog something else to do such as chewing, is usually enough to keep most dogs happy while they take it easy.

Dogs are intelligent creatures and thrive on psychological challenge.

Psychological challenge helps to keep the neural pathways and connections in the brain strong and healthy. Psychological challenge differs from mental stimulation in that it is structured, mental activity that teaches the dog self-control and a willingness to work or problem-solve through positive reinforcement. Mental stimulation on the other hand, is any activity that stimulates the dog's senses as opposed to employing the 'thinking' parts of the brain.

Mealtimes can be made more challenging whilst satisfying the dog's natural instinct to work for its food by using a 'smart' dispenser-type toy such as a treat ball, Buster Cube or Dog Pyramid. Food is placed inside the toy and the dog has to 'work' to release the food through a hole by nosing and pawing the toy.

I have tested many of these toys and the Dog Pyramid comes out on top, being large enough to dispense a whole meal of many brands of complete, dry kibble, whilst being easily controllable by the dog and less noisy than treat balls and the Buster Cube. These smart toys are also an excellent way to feed greedy dogs, and those that have a tendency to 'wolf' their food. A meal can last up to 20 minutes when trickle fed by a smart toy, whereas in a bowl, it's usually gone in a matter of seconds. When for most dogs, mealtimes are a primary, daily highlight, it makes sense to prolong the pleasure!

Other ways to psychologically challenge your dog and strengthen the human-canine bond include ...

Obedience/basic training. This utilises all three dimensions of the human-canine bond ~ the dog learns what not to do (e.g. not jump up), what it may do instead (e.g. jump up on cue) and what it gets for cooperating (e.g. attention and affection).

Hiding your dog's favourite toy, and then directing her to find it. This differs from allowing the dog free-rein to seek out the toy by herself. By directing her, you are providing leadership, for which she will receive a reward (i.e. play with the toy) for her attention and cooperation.

When playing ball or Frisbee, include a few basic obedience commands between throws to keep your dog focused on you and 'earning' his fun.

All of the above will fulfil most dogs' psychological needs without having to employ specialised training techniques, however, if you want to challenge your dog further, you could try activities such as heelwork to music, or search and retrieve, tracking, working trials, gun-dog training and search & rescue to utilise his senses and instincts too.

The average amount of daily rest (lying down relaxing, dozing and sleeping) that most dogs require is about 17 hours. Rest and relaxation is important to the management of biological and emotional stress as it allows the body to recover from releases of 'stress' hormones such as adrenaline and cortisol. Whilst the release of these and other substances in response to stress is normal, the levels can build up and become abnormal if the body is denied sufficient time to rest and recover. Dogs suffering from long-term stress often display exaggerated behaviour, and are more prone to aggress because stress lowers emotional and impulse thresholds ~ in other words, as well as developing compulsive behaviour, stressed dogs are more likely to overreact in certain situations, react with less and less provocation each time, or react impulsively.

Quality sleep is vital to the dog's psychological and physiological well-being. During sleep, and especially at night, an important neurohormone called melatonin is released into the body from the pineal gland. Melatonin helps to regulate the sleep-wake cycle. This means that not only it is needed to promote quality sleep, sleep is required for its production. Melatonin also protects the body's cells and strengthens the immune system.

It is so important to provide a dog with its own comfortable, resting place in a quiet area of the house where it can go and relax and not be disturbed, during the daytime and at night. Based on research into human sleep and dream patterns, I believe it's also important not to wake a dog when it is in what is known as REM sleep (Rapid Eye Movement), which in dogs is often characterised by a combination of flickering eyelids, bodily twitches, yipping, growling and 'sleep running'. Dream-sleep studies have shown that human subjects repeatedly woken up at the REM stage commonly experienced feelings of fear and paranoia, and after only a few nights of dream-sleep disturbance, they become increasingly ill-tempered and depressed. What follows REM sleep is a vital, secondary, 'silent' dream-sleep phase that appears to counteract the effects of the emotions experienced during REM sleep. So please ... let sleeping dogs lie!

Trojan War - The Real reasons behind the war (Unknown to most People -...

Hecate – the goddess of Magic, Witchcraft, the Night, Moon, Ghosts and...

Oneiroi – the gods of Dreams in Greek Mythology!