Energy drinks have become widely popular in the athletic community. In past years, ingestion was primarily through coffee, tea and some sodas... 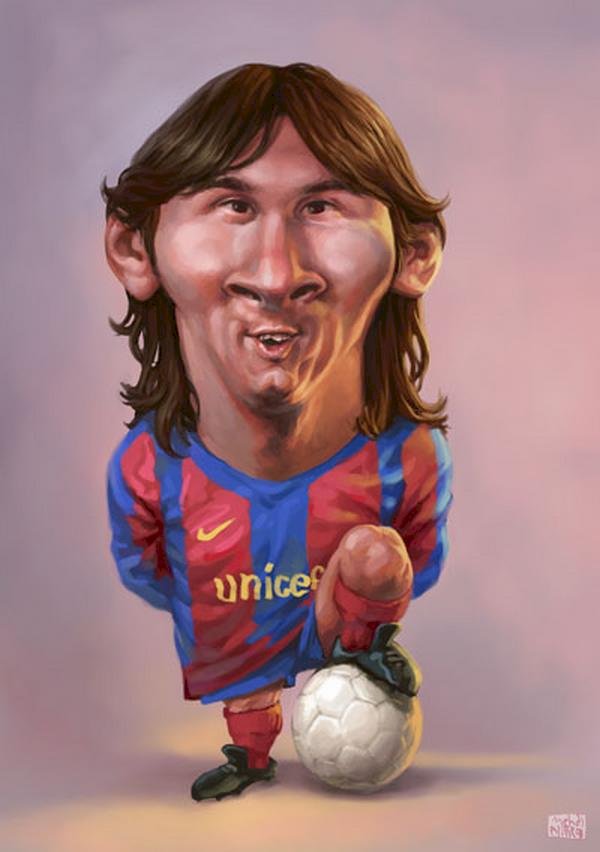 Energy drinks have become widely popular in the athletic community. In past years, ingestion was primarily through coffee, tea and some sodas. Since most young athletes don’t care for coffee or tea, their use of caffeine was limited. However, the introduction of so-called “energy drinks” have widened the access to caffeine. Sales of these beverages have increased. More and more brands appear on store shelves as they have become quite attractive to teens, athletes and non-athletes. 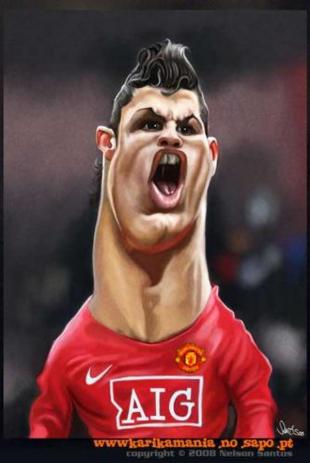 This raises several important questions: Are these beverages safe for young players to consume? Does the caffeine actually improve soccer performance?

Answers to these questions are complicated.  Here we take a look at the scientific evidence related to caffeine use and its effects on both performance and player health. In the research community, there is considerable debate as to whether or not caffeine is a true ergogenic aid. A number of factors make caffeine research sometimes difficult to interpret. These include individual tolerances to the drug, the history of caffeine use, the doses provided and the type of activity studied.  Nevertheless, there is evidence to suggest that caffeine may aid some types of performances but hinder others. There is also considerable evidence that dependence on caffeine as a method improve performance my ultimately lead to long-term decrements in both performance and overall health, particularly in the young athlete.

Caffeine is one of the most widely consumed drugs in the world.  It is found in a number of foods and beverages. If a commercial product contains caffeine, the US Food and Drug Administration requires it to list is as an ingredient. This is usually food in the list of ingredients located near the bottom of the nutrition label. However, since caffeine is not considered a nutrient, the amount contained is not required. That information can be found on one of several websites. A few examples: A typical cup (8oz) of coffee may contain 75-150mg whereas some sodas (12 oz) and chocolates (1 oz) may contain 25-60 mg of caffeine. Caffeine may also be found in several over-the-counter pain medications, stimulants, weight loss supplements and cold/allergy drugs (30-200mg). Energy drinks contain substantial amounts of caffeine. A typical 16oz energy drink contains about 140-170mg while some may contain well over 300mg. Also, new energy mints, gums and chews contain caffeine ranging from about 5-40mg per piece.  It is easy to see that caffeine is widely accessible to players of all ages. 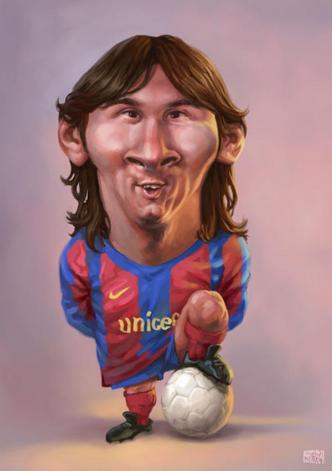 Caffeine is classified as a central nervous system (CNS) stimulant. It is most often used to increase arousal and alertness and to offset mental and physical fatigue.  It also affects the cardiovascular, pulmonary and neuromuscular systems.  A number of athletes and coaches consider caffeine to be an ergogenic aid. That is, its use may improve athletic performance. Caffeine was first placed on the International Olympic Committee (IOC) banned substance list in 1962, removed in 1972 then added it back in 1984. In 2003, the World Anti-Doping Agency (WADA) removed caffeine as a prohibited substance, considering it only a “mild stimulant”. It does remain a part of their Monitoring Program.  The NCAA lists caffeine as a banned substance if urine levels exceed 15ug/ml. This is a high level. A 70 kg athlete (154 lbs) would need to take in 600-700mg to approach that level.  The same player drinking a cup of strong coffee would show urine caffeine levels between 4-5 ug/ml. Thus, moderate amounts of caffeine like that found in coffee or energy drinks must be considered a legal ergogenic aid.

Caffeine’s effects on the neuromuscular system and on strength and power activities are somewhat confusing. Laboratory studies on muscle tissue show that caffeine increases muscle strength. However, the effective concentrations used in these animal studies were excessive, often 100-500 times higher than blood levels found in humans even after excessive caffeine consumption. In our research, we found that caffeine ingestion by humans (~300 mg) has virtually no influence on muscular strength or power. Other studies also show little or no effect as well.

On the other hand, many studies show that caffeine decreases reaction, decision and movement times due to its arousal effects on the CNS.  This effect might prove beneficial in a sport like soccer where rapid reactions to an opponent’s movement are important.  It should be pointed out caffeine can also negatively affect movement control. The well-know jitters caused by caffeine markedly reduces steadiness and can severely affect fine motor skills and precise movements. This could hinder a player’s technical performance, especially if high amounts of caffeine are consumed. 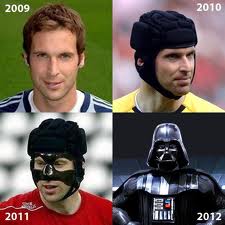 An additional effect of caffeine consumption is on fuel utilization during prolonged exercise.  In general, muscle uses two substrates for energy production – glucose and free fatty acids (FFAs).  Glucose is found in the blood and stored in the muscle as glycogen.  FFA’s are stored in fat depots in various locations. During an intense match, performance can be limited by the availability of muscle glycogen and blood glucose.  Because caffeine elevates FFAs in the blood, the muscle can use them as a fuel source. This tends to spare muscle glycogen and helps maintain blood glucose so that performance is better maintained. Studies on cyclists, swimmers and marathoners show that moderate caffeine consumption (100-200mg) can increase exercise duration and may lower finish times. Thus, in regards to long-term endurance performance, caffeine may be beneficial.

As for soccer, there have been several recent studies on the effects of caffeine on performance during simulated matches. In these studies, moderate amounts of caffeine are given 60 minutes prior to exercise. In general, these studies show that physical performance, especially during the later stages of the match may be improved. This includes sprinting (both speed and number of sprints), jumping ability and agility. Ratings of perceived exertion seem to be maintained as well. This applies to both male and female players. As for technical performance, the results are mixed.  Dribbling, passing and receiving abilities are marginally improved in some studies and unaffected in others. Thus, based on the research studies, one must conclude that using caffeine can benefit match performance. In particular, physical performance and effort near the end of a match may be enhanced. 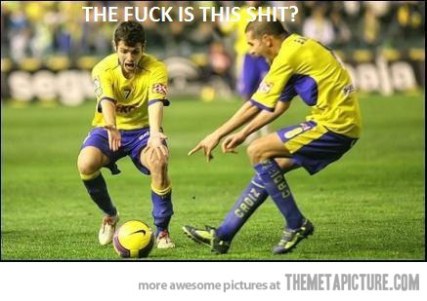 Because caffeine is widely available, it is imperative that both the athlete and coach fully understand the risks and benefits to both athletic performance and player. While caffeine is a naturally occurring substance and is found in many common foods and beverages, it is also a very potent drug and should always be treated as such. Thus, before arriving at a decision to use caffeine or not, one must consider a few cautionary words.

First, it is well known that caffeine users can develop a physiological dependency. Over time, as caffeine is used on a regular basis, the beneficial effects often diminish. Moreover, headaches, fatigue, irritability and nausea typically occur in caffeine-dependent individuals when they do not have access to the drug. Psychological dependence can develop as well. An athlete who takes caffeine and has an outstanding match may soon feel that caffeine is required in order to compete. Without it, performance will suffer. Thus, using caffeine to enhance performance can lead a player down a slippery slope towards both physiological and psychological dependence. In these cases, the short-term, positive benefits of caffeine might very well be outweighed by the long-term side effects and dependency.

Second, caffeine can have a number of additional unwanted side effects. Even moderate amounts of caffeine can cause anxiety, nervousness and the jitters in some players, all of which can dramatically impair performance. Caffeine may induce gastrointestinal discomfort as well as cardiac arrhythmias and elevated blood pressure.  It is also a powerful diuretic that can trigger the need to urinate. For healthy adults, these side effects are not life threatening but can make the athlete quite uncomfortable and impair performance. As for young players, there is very little research into the short- or long-term effects of caffeine in children or adolescents. It is quite possible that some young athletes may be more susceptible to psychological and cardiovascular complications.  In addition, sleep patterns may be disrupted. These effects can be magnified since young players, who are smaller than their adult counterparts, often consume more caffeine per body weight. 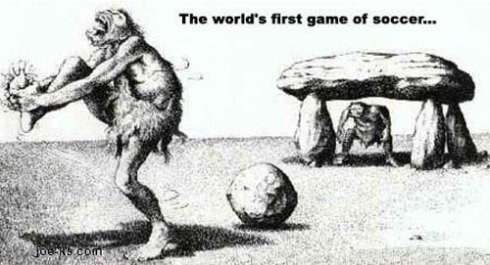 Third, a key problem with caffeine use is the dosage. Studies show that 3-4 mg/kg taken 60 minutes before exercise is most effective.  For a 70 kg player (154 lbs) this equals 210-280 mg or two 8-oz cups of coffee. Unfortunately, many athletes feel that is some is good, more must be better.  However, more than 4 mg/kg offer no added benefit. More likely, that amount of caffeine will be detrimental, resulting in anxiety, inability to focus as well as raising the risk of cardiovascular problems.

The bottom line, for healthy, adult players, caffeine (~3 mg/kg), taken an hour before playing may improve performance throughout the match.  The positive effects may be enhanced if caffeine is taken with a carbohydrate supplement. However, players should understand that some athletes will likely respond differently than others. Some will show improvement while others may not. Also, the risks of both physiological and psychological dependence may exceed and short-term gains derived from caffeine.

SUPERNATURAL LUCIAN THE FIRST SCI-FI OR PREDICTING THE FUTURE? (by Anc...

Phanes - the primordial god (protogenos) of creation in the Orphic cos...