When choosing a trainer or behavior counselor to work with you and your dog, keep in mind that philosophies and methodologies among trainers varies. 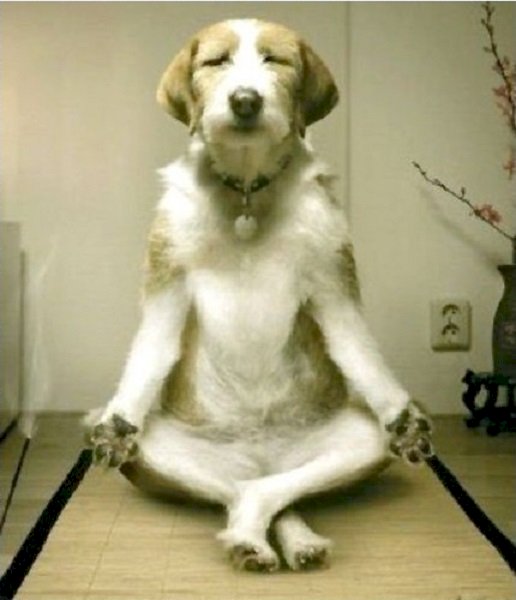 The use of dominance and pack theory in explaining dog behavior has come under a great deal of scrutiny as of late. The Association of Professional Dog Trainers wishes to inform the dog owning public about the ramifications of a reliance on dominance theory as it relates to understanding dogs, interpreting their behavior, and living harmoniously with our canine companions.

Contrary to popular thinking, research studies of wolves in their natural habitat demonstrate that wolves are not dominated by an "Alpha Wolf" that is the most aggressive male, or male-female pairing, of the pack. Rather, they have found that wolf packs are very similar to how human families are organized, and there is little aggression or fights for "dominance." Wolves, whether it be the parents or the cubs of a pack, depend on each other to survive in the wild; consequently wolves that engage in aggressive behaviors toward each other would inhibit the pack's ability to survive and flourish. While social hierarchies do exist (just as they do among human families) they are not related to aggression in the way it is commonly portrayed (incorrectly) in popular culture. As Senior Research Scientist L. David Mech recently wrote regarding his many years of study of wolves, we should "once and for all end the outmoded view of the wolf pack as an aggressive assortment of wolves consistently competing with each other to take over the pack." (Mech, 2008) In addition to our new understanding of wolf behavior, study into canine behavior has found that dogs, while sharing some traits with their wolf cousins, have many more significant differences. As a result, the idea that dog behavior can be explained through the application of wolf behavior models is no more relevant than suggesting that chimpanzee behavior can be used to explain human behavior. Unfortunately, this idea that dogs are basically "domesticated wolves" living in our homes still persists among dog trainers and behavior counselors, as well as breeders, owners, and the media.

One of the biggest misconceptions we find ourselves faced with is the definition of "dominance." Dogs are often described as being "dominant" which is an incorrect usage of the term. Dominance is not a personality trait. Dominance is "primarily a descriptive term for relationships between pairs of individuals." and moreover, "the use of the expression 'dominant dog' is meaningless, since "dominance" can apply only to a relationship between individuals. (Bradshaw et al., 2009) Dominance comes into play in a relationship between members of the same species when one individual wants to have the first pick of available resources such as food, beds, toys, bones, etc. Even between dogs, however, it is not achieved through force or coercion but through one member of the relationship deferring to the other peacefully. In many households the status of one dog over another is fluid; in other words, one dog may be the first to take his pick of toys, but will defer to the other dog when it comes to choice of resting places. Dogs that use aggression to "get what they want" are not displaying dominance, but rather anxiety-based behaviors, which will only increase if they are faced with verbal and/or physical threats from their human owners. Basing one's interaction with their dog on dominance is harmful to the dog-human relationship and leads to further stress, anxiety and aggression from the dog, as well as fear and antipathy of the owner.

When it comes to living and working with dogs, the concept of dominance is largely irrelevant. This may come as a surprise to many dog owners. The truth is, when working with dogs that have a training or behavior issue, the goal of the dog professional is to develop a behavior modification or training plan that will address the problem at hand. This generally does not require understanding a dog's motivation and emotional state, but rather focuses on what the dog is doing (behavior), and what we want the dog to "do," helping the dog understand how to perform the desired behaviors and then rewarding him for doing so.

Far too many times dog owners have been given advice to "show the dog who's boss" and "be the alpha." The unfortunate side effect of this thinking is that it creates an adversarial relationship between the owner and their dog with the belief that the dog is somehow trying to control the home and the owner's life. Such misinformation damages the owner-dog relationship, and may lead to fear, anxiety and /or aggressive behaviors from the dog. Dogs cannot speak our language and they can find themselves thrust into situations in our homes that they find difficult to comprehend, by owners trying to behave as they mistakenly believe "alpha" wolves do.

Rather than dominance, it is most often a lack of clear interspecies communication that leads to behaviors we find troubling. It is the human's responsibility to teach our dogs the behaviors that we find appropriate, and reward them when they do the things we like. Just as importantly, it is our role to show them which behaviors are not appropriate in a constructive and compassionate manner that does not lead to further anxiety on the dog's part.

AGGRESSION IS NOT THE ANSWER

Actions such as "alpha rolls" and "scruff shakes" have no basis in fact when studying wolf or dog behavior, and they only lead to creating unnecessary fear on our dog's part toward us, fear that ultimately can lead to aggression because the frightened dog knows of no other way to protect itself other than using its teeth. We all owe it to our dogs to see the world from their point of view in order to create a more harmonious relationship. Whether we are looking at a dog or a wolf, actions such as grabbing a dog and forcing it into a down, growling at the dog, and other aggressive behaviors directed toward the animal will only lead to the animal developing a "fight-or-flight" response where the animal fears for its life. In this situation, the dog will either freeze out of fear, flee far away from the threatening animal or person if an opportunity presents itself to get away, or, fight to save itself. When we engage in such behaviors toward our dogs, we are not telling the dog we are "boss," instead we are telling the dog we are dangerous creatures to be avoided or fought off. There is no "dominance" in these scenarios - only terror and the instinct to defend oneself against attack.

IF NOT DOMINANCE, THEN WHAT DO WE USE?

Fortunately, many trainers and behavior professionals now present concepts that focus on building a caring and happy relationship with your dog, instead of relying on dominance. Some trainers refer to the term "leadership" or other similar terms that are less adversarial than "dominance" or "Alpha." What these trainers have in common is a desire to explain effective, non-confrontational and humane ways of living successfully with dogs. These educated approaches aim to strengthen the bond between the owner and the dog and teach owners more effective ways of communicating with another species. For dogs with behavior problems, trainers employ programs such as "Nothing in Life is Free (NILIF)" which works along the principal that the dog must "do" something to earn what he wants (i.e. sit to get dinner, walk on a loose leash to move forward, etc.) These programs are effective because the dog is issued a structured set of rules that are consistently reinforced and the dog learns what he needs to do in order to get the things that he wants such as food, petting, playtime, etc. Because dogs do not have the power of human speech and language, behavior problems and anxiety can result when they are left to fend for themselves in deciding how to live in our world without guidance that makes sense. Just like with people, we behave better and thrive in a world that "makes sense" to us and has a clear structure.

The myths that resonate in "dominance theory," such as not allowing the dog to sleep on the bed, or eat first, or go through doorways first, have no bearing on whether or not the dog will look to the owner for guidance. The specific rules of the relationship are up to the owner and are based on what they want in their household. Humane, educated trainers should strive to teach owners to positively and gently influence and motivate their dogs to act in a manner that befits their own home and tailor the "rules" to each individual. There is no scientifically validated data to uphold the belief that you must eat before your dog, or keep them from sleeping on your bed, or walking in front of you, and owners should not be led to believe this and live in a state of fear and anxiety over their dog's possible takeover of their home. In fact, the vast majority of dogs and owners have wonderful, mutually-rewarding relationships - even if the dog is allowed to sleep on the bed, eats alongside the owner, and does many other things erroneously labeled "dominance." 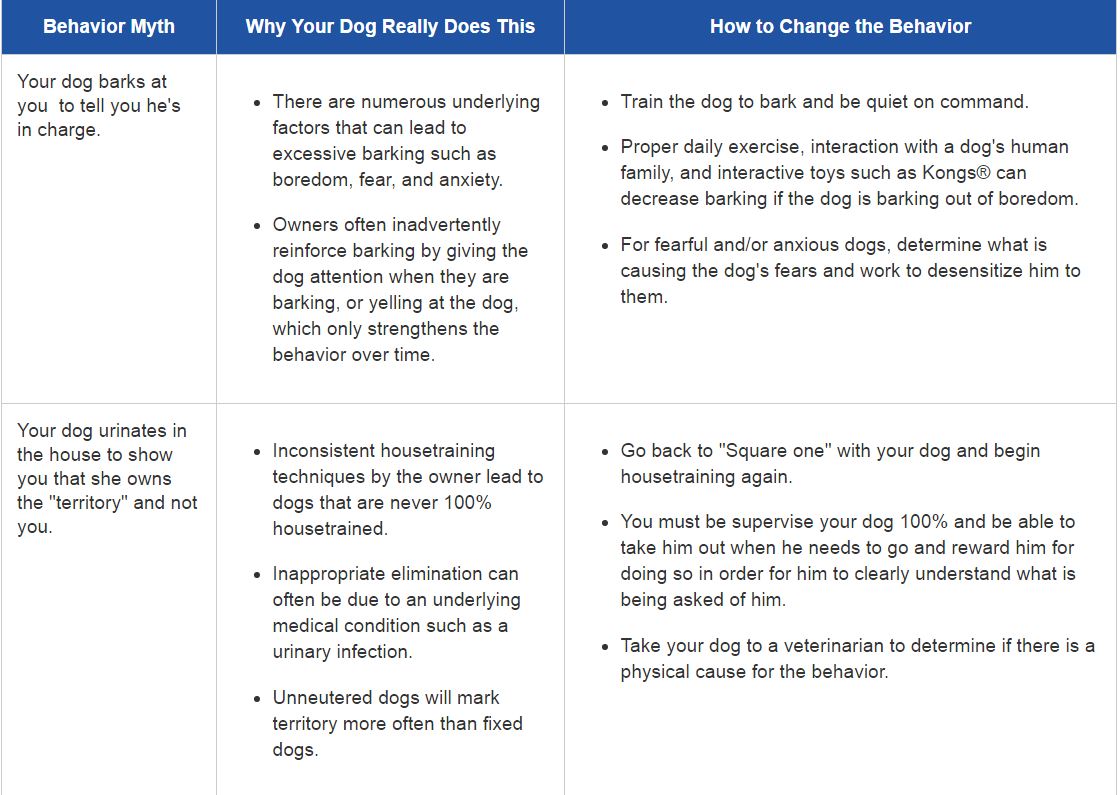 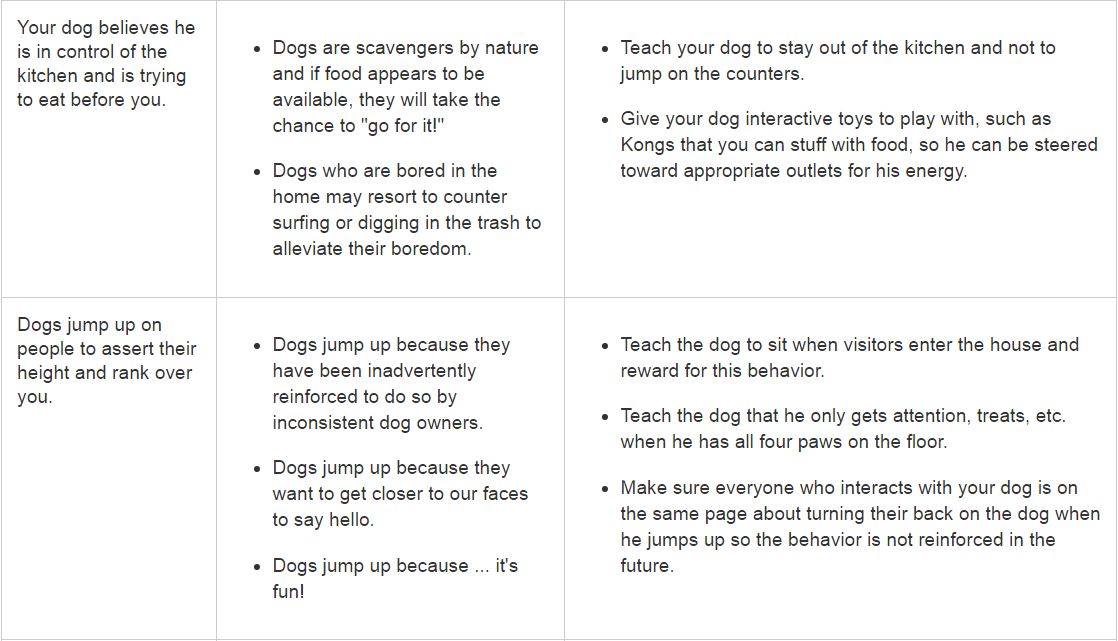 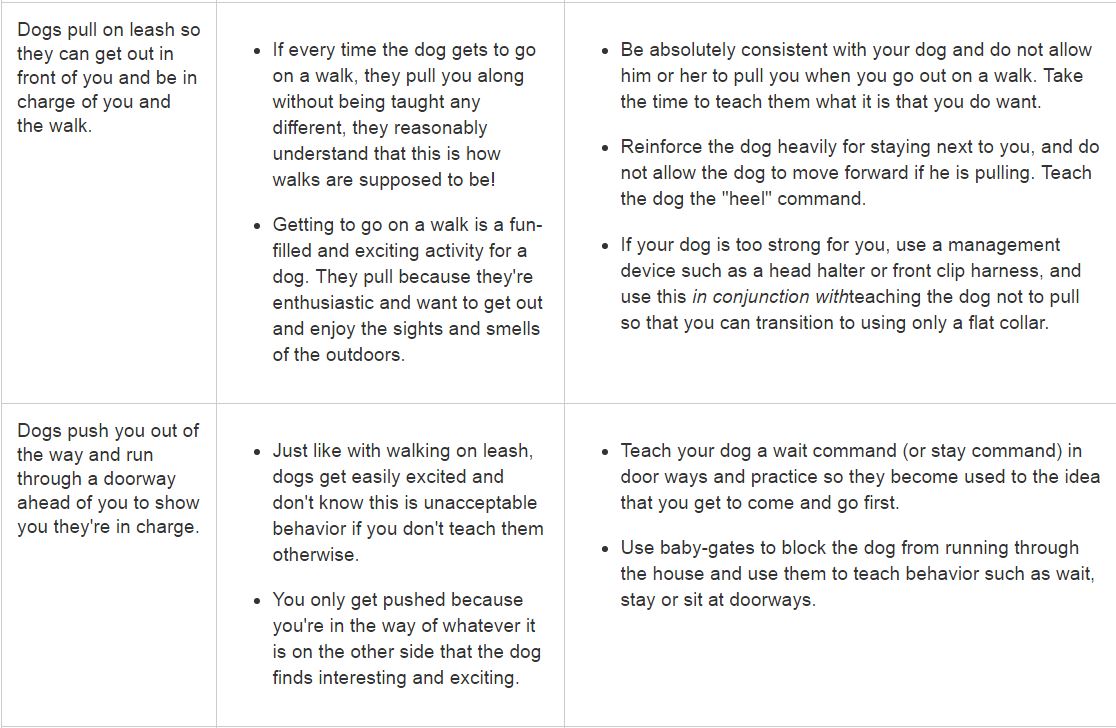 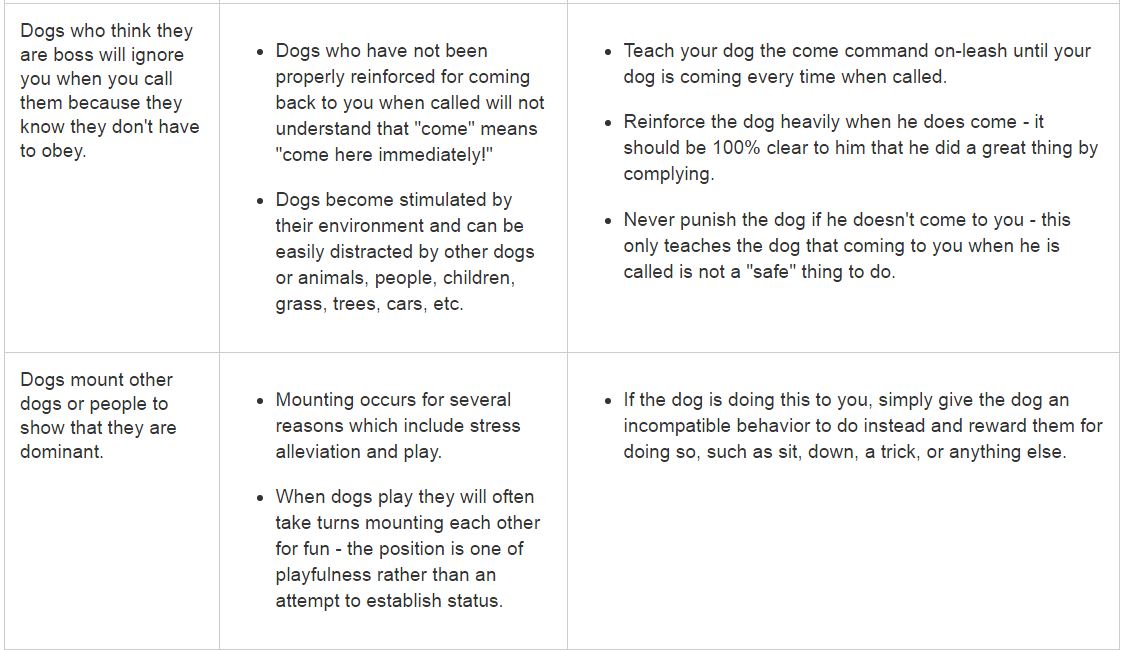 When choosing a trainer or behavior counselor to work with you and your dog, keep in mind that philosophies and methodologies among trainers varies. The Association of Professional Dog Trainers recommends interviewing potential trainers to determine their beliefs regarding dominance and using physical force and intimidation to train a dog, whether for obedience or for behavior problems. An educated canine professional should be well-acquainted with the latest scientific understandings of dog behavior and be willing to openly discuss their training methodologies with you.

Taraxippoi - the ghosts that disturbed the horses sending people to th...

4 Benefits Sleeping with your Pet

The Olympian Gods of Mt Olympus