Findings from a German study suggest teams raise their game when they listen to the same tune at the same time… Music is... 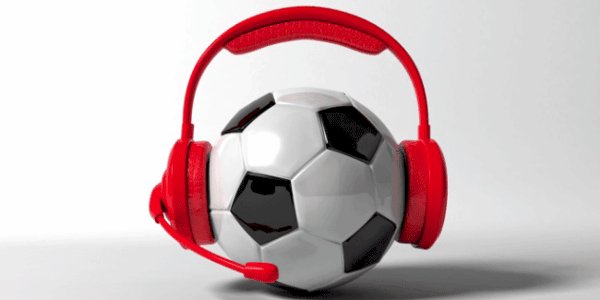 It has been deployed to make armies march faster, to make slaves work quicker, and to help groups of strangers to come together.

But now scientists are suggesting that using music on the football pitch might help players after discovering that, played at a particular rhythm and synchronously to the whole team, it can significantly improve their performance.

Researchers at the Institute for Sports Science at the University of Hanover in northern Germany recently presented the findings, showing that footballers raised their game when fed music of a set rhythm through headphones.

They experimented with two five-a-side teams who played three 10-minute games against each other.

The first game was without music. In the second game one team were given wireless headphones and fast-paced electronic music of 140 beats a minute was transmitted to them from the sidelines and synchronised to within a thousandth of a second.

The other team were also given headphones, each player receiving different pieces of music of differing rhythm. During the third game, the teams switched places, with one hearing music synchronously, the other asynchronously.

Together with professional football coaches, the scientists then analysed the teams’ performances according to recognised criteria: the frequency and accuracy of passes and the successful conclusion of a game. Goals were only included in the analysis if they were the result of teamwork.

Their analysis of the data led to the sort of clear and conclusive result scientists hanker after but rarely get: the team hearing synchronised music played “significantly better” from a statistical point of view.

“We can go so far as to speak of a medium to large effect this had on the footballers’ performance,” said Gerd Schmitz, one of the study’s authors, who presented the findings to the German Football Federation’s (DFB) annual science congress in Frankfurt last month.

He said he received a big response from coaches keen to translate the findings into workable training techniques.

Contrary to fears that they might find the idea far-fetched, they were surprisingly open to it, he said, with some having already experimented with rock’n’roll to aid performance.

While modestly admitting he did not expect the evidence to revolutionise the game of football – after all, it’s hard to imagine teams running around the pitch wearing headphones while coaches change their music according to the state of the game – Schmitz told the conference: “The results are so encouraging, I think it’s quite possible they will be implemented in training practice.”

One supposition, based on what is already known about the importance of rhythm and music for human health and behaviour, is that a team that regularly practises with synchronised music or other acoustic stimuli will develop an instinctive sense of the team’s optimal rhythm so that eventually they might not need to hear music to be capable of playing their best.

The scientists are eager to explore next whether the persistent rhythms of samba drumming fans that accompanies the Brazilian team has helped them hone their coveted skills.

Leto - the titan goddess of modesty and kindness (Video)!

The 5 Ages of Man and Atlantis (Chronologies, Explanations and Mytholo...

Atlas – the titan god that was responsible for bearing the weight of t...